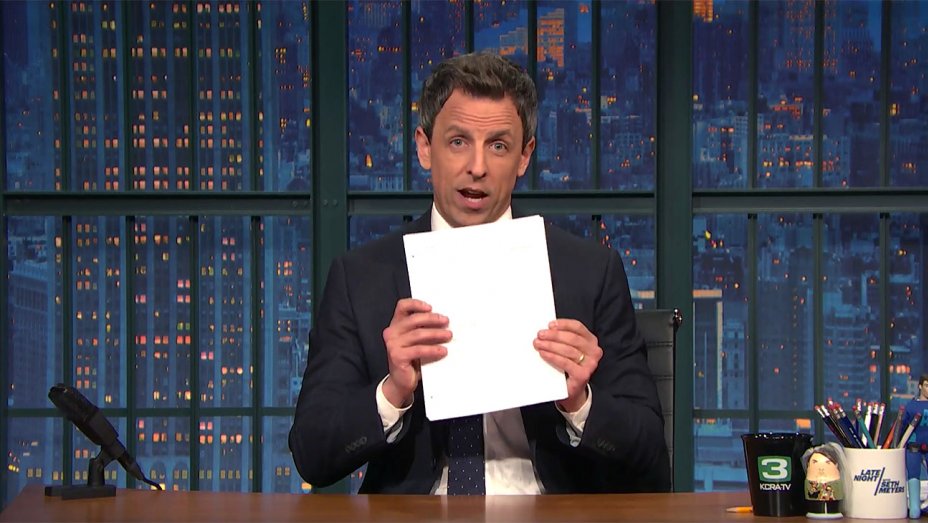 Trump shifted focus to the “incredible progress” of his administration thus far, even though, according to him, he “inherited a mess.” He then continued to slam the “dishonest” media, claiming “the press should be ashamed of themselves.”

During Late Night’s “Closer Look” segment on Thursday, Seth Meyers broke down the events of the day, even shredding the night’s old script which was written before the news conference, but then Trump held a “batshit crazy press conference that rendered this script completely meaningless,” Meyers explained.

More from: The Hollywood Reporter