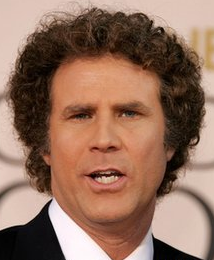 Will Ferrell’s production company is developing a talk show with a twist for late-night, TV Guide reports. The show is in the works for USA Network from Gary Sanchez Productions, which is run by Ferrell and Adam McKay.

The idea for the show tweaks the genre: It’s a morning show in late-night, the story reports.

“The untitled project would be modeled after the likes of ‘Live With Kelly and Michael’ and the fourth hour of ‘Today’ hosted by Kathie Lee Gifford and Hoda Kotb,” the piece reports. “But here’s the catch: It would air live at 12:01am ET, making it truly the first ‘morning show’ of the day.”

An insider quoted in the piece said: “They’re dead serious. It will have coffee cups, the whole thing.”

“Make no mistake, this is a real show that operates in some respects like a traditional talk show (with guests, host banter, and pre-tape packages), even as it looks like nothing else in the midnight hour,” TV Guide reports. “Producers hope to hire a male-female hosting team in the coming months. A wide variety of individuals with both hosting and comedic backgrounds have been considered.”

The show is created and executive produced by Rob Cohen (“The Big Bang Theory,” “Mad TV”) and Gary Sanchez’s Owen Burke (“NTSF: SD: SUV”), who both have solid comedy backgrounds. Said the insider: “They want it to be a comedy-type program but not a parody.”

TV Guide notes: “There’s no rush to premiere, as USA earns solid ratings at midnight with repeats of shows like ‘CSI,’ ‘NCIS’ and ‘Law & Order: SVU.’ But the network has been eager to expand its scope beyond its successful original drama brand, and is already getting into the first-run comedy business (pilots include ‘Sirens’ from Denis Leary) and greatly expanding its original unscripted output (such as ‘April’s the Moment,’ in which contestants get a second chance to meet their career goals).”