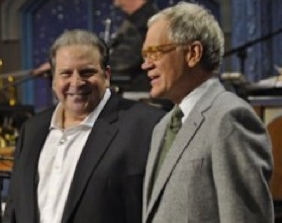 A New York Times profile of Eddie Brill, the veteran stand up and comedy booker for The Late Show with David Letterman, claims that Brill said female comics aren’t authentic: “Among some comics ‘Late Show’ has a reputation for favoring a certain profile.

‘The types they seem to like are middle-aged white men from the Midwest,’ the comic Amy Schumer said. Only one woman (Karen Rontowski) was booked in 2011. ‘There are a lot less female comics who are authentic,’ Mr. Brill said. ‘I see a lot of female comics who to please an audience will act like men.’

Jessica Kirson, a comic who has performed on ‘The Tonight Show’ several times but not on ‘Late Show,’ responded: ‘What does that mean?’ She added, ‘I like Eddie but the only way to make it as a female comic is to have strength and be assertive and confident.’”