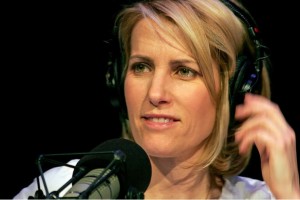 Radio talk show host Laura Ingraham is off the air – at least temporarily.

She said Tuesday that she’s leaving her distributor, Talk Radio Network, after more than nine years because her contract is up. Ingraham said she is in discussions with other distributors about her show, which currently airs on 325 stations nationally.

Talkers magazine says the conservative Ingraham is the most-listened to woman on radio, with an estimated 5.75 million listeners a week. Talkers said that ranks her among the top eight radio hosts overall.

In the meantime, she said she’ll keep her opinions flowing on her website, on Twitter and during Fox News Channel appearances.