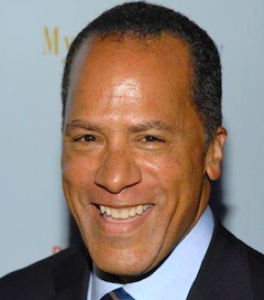 Holt, one of the show’s correspondents, will begin his new duties Friday, which also marks the beginning of the show’s 20th season.

“One of the hardest working men on television, we are so pleased that Lester has added ‘Dateline’ to his portfolio,” Steve Capus, NBC News President, said in a statement. “Lester joins an impressive lineage of reporters who have graced the anchor desk over the past 20 years and we’re really excited to watch as he makes his mark on the award-winning newsmagazine as it continues to tell great stories.”

In addition to his duties on “Dateline,” Holt, a California native, is the weekend anchor for the “NBC Nightly News” and co-anchor for the “Today Show” weekend edition.

“Dateline” is also a weekend show for much of the year. It airs on Fridays in the fall and Sundays once football season ends.

One of NBC’s longest-running shows, its hallmark is investigative journalism, in particular on the subject crime. However, it is as of yet unclear how the network’s forthcoming newsmagazine, anchored by Brian Williams, will compare or compete with its predecessor.