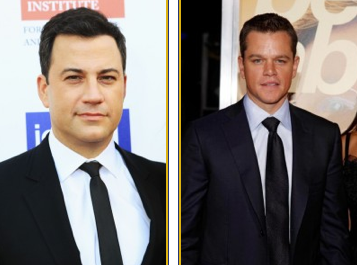 Matt Damon will finally appear on Jimmy Kimmel’s talk show for an interview following a decade of (fake) bad blood between them.

The arch enemies will meet for an “epic throwdown” on the January 24 broadcast of “Jimmy Kimmel Live.”

“May God help Damon if he dares show his stupid face,” said Kimmel in a statement.

For most of the show’s run, Kimmel has ended every episode by apologizing to Damon for “running out of time” for the actor’s scheduled “appearance.”

The joke morphed over the years into full-fledged comedic enemy-ship.

Kimmel subsequently stoked his rivalry with Damon in bits including his “Handsome Men’s Club” video.