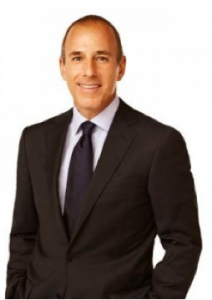 Newsday‘s Verne Gay reports that NBC and Matt Lauer are closing in on a new deal to keep the “Today” co-anchor on the NBC morning show for at least two more years. As expected, Lauer is getting a massive jump in pay, with Gay reporting that the new contract may be worth $25 million a year, an $8 million increase over his current deal.

Of course, Lauer is vital to “Today,” which in turn is one of the most lucrative programs on all of television.

This is baseball money, but more to the point, this is syndication money. This deal will keep Matt away from the world that ultimately seems to lure all major talk talent; and when you consider that someone like Judge Judy makes well north of $50 million per year, then surely Matt’s value is on equal par, right? In fact, it’s of much greater value. Along with ESPN’s “SportsCenter,” “Today” is the richest franchise on TV, and among the most important.

Gay suggests that the longstanding Ryan Seacrest rumors may have been a “feint” by NBC, though that isn’t as clear. Comcast is known to be very high on Seacrest, and are said to be in talks for a new contract. Some sort of role on “Today”–perhaps in the third hour–may be the perfect carrot to dangle in front of him.