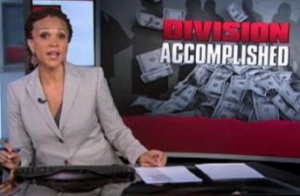 MSNBC contributor and political analyst Melissa Harris-Perry will host her own show for the network starting in February.

Harris-Perry tweeted the news on Thursday, and wrote that her new show will follow Chris Hayes’ weekend program, “Up With Chris.” The new show, which does not yet have a title, will air on Saturday and Sundays from 10:00 a.m. to 12:00 p.m. The show will debut on Saturday, February 4.

Harris-Perry’s ascension is also notable in an industry often derided for its lack of diversity. She is now one of two black women, and three black hosts anchoring programs on MSNBC.

Harris-Perry tweeted that she will remain as a professor of political science at Tulane University, and live in New Orleans during the week. Harris-Perry is also a columnist for The Nation. Her appointment to cable news host increases the diversity of the cable news network.