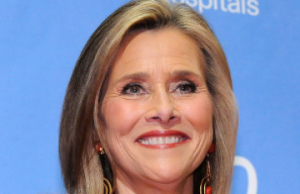 Meredith Vieira will make her debut appearance on “Rock Center with Brian Williams” at 9 p.m. on February 8 — and her first interview is with Mimi Alford, the author of a new book about her 18-month affair with President John F. Kennedy.

Vieira stepped down as co-host of “Today” last June to spend more time with her family. NBC News announced that she would start a new role at the network, and she was named a special correspondent for Brian Williams’ news magazine in September. She joins a roster of famous faces that includes Ted Koppel and Chelsea Clinton.

Vieira will sit down with Alford, who was a 19-year old White House intern when her affair with JFK began. Alford broke her silence about the relationship almost forty years after it happened. She had given a short statement about it for an oral history that was released with a biography of Kennedy, and the Daily News tracked her down to confirm the story.

In the interview, Alford tells Vieira why she is writing the book now and how she felt knowing that the president was married. This is the first episode of “Rock Center” on its new night on Wednesday.