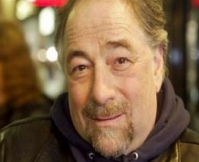 In a ruling that is being compared to the case that led to free agency in baseball, a federal judge in California upheld an arbitration panel’s decision to release talk-radio host Michael Savage from a contract with his former syndicator, Talk Radio Network.

“Michael is to talk radio what Curt Flood was to Major League Baseball,” Horowitz told WND, referring to the player who challenged baseball’s reserve clause, which kept a player bound to his team even after fulfillment of his contract.

Savage told WND the ruling “should free talent from the threats and extortionist behavior of ruthless Old-Hollywood types who can still be found in the corners of the radio industry.”

“For me, personally, it finalizes a struggle to perform for my audience in an atmosphere of freedom, not working on a ‘radio plantation,’” he said.

The judge who issued the order Thursday, Yvonne Gonzalez Rogers of the U.S. District Court for the Northern District of California, was appointed by President Obama.

“This should give all of us faith in the legal system,” Savage said, “where there is increasing distrust and cynicism about government in general. In this case, an Obama-appointed judge followed the law without bias.”

Savage said the case cost him $1 million in legal fees “and many lost days and nights.”

“I discovered who decent folks were in my radio life,” he said, “those who would not sign false affidavits despite being threatened and the purely rotten souls who put their signatures to completely false statements in an attempt to stab me in the back, although they lived off my talent and hard work.”

Savage said it is “now time for me to expose these people, and I intend to do so, to prevent them from hurting others.”

Horowitz noted that the arbitration panel and the court completely rejected any claims by TRN against Savage.

He said Savage’s victory establishes the ability of radio talent to break away from an employer like any other employee.

Radio hosts, he explained, have been bound by restrictive clauses in their contracts that treat them like businesses instead of regular employees. The law, therefore, has allowed the networks to enforce non-compete agreements with radio hosts that would be illegal if applied to individual employees.

Get Savage’s free weekly insider newsletter five days a week in your email inbox by going to the top of the home page on Savage’s website and clicking the green “SUBSCRIBE” box.

Savage filed the suit in December 2010 regarding his contract, alleging the network used “illegal and unenforceable contract provisions” and “other strong-armed tactics” to intimidate him and force him into accepting a “sub-standard agreement.”

In September, as WND reported, the arbitration panel awarded Savage $863,454.92, plus all other money from withheld earnings and permanent ownership of all his archived radio shows.

The decision enabled Savage to sign with Cumulus Media Networks in October, which now airs “The Savage Nation” from 9 p.m. to midnight Eastern, Monday through Friday. Cumulus Media calls itself the largest pure-play radio broadcaster in the United States, with approximately 525 stations in 110 markets.

According to the court order, the dispute arose when TRN attempted to exercise a “right to match” provision in an independent contractor agreement with Savage.

Savage asserted TRN failed to exercise its right to match properly, and the dispute was settled by arbitration.

However, Mark Masters, CEO of the Original Talk Radio Network, tells WND: “We are appealing this ruling. We are confident of a successful outcome for OTRN in this next round of appeals.”

Days after he ended his relationship with TRN, “The Savage Nation” was ranked the No. 1 talk-radio show on the Internet for the third quarter. After consistently winning the No. 2 spot, Savage surpassed Rush Limbaugh on the Internet, according to TalkStreamLive.com.

Savage is the author of 29 books, including six New York Times bestsellers. He was awarded the coveted Freedom of Speech Award by Talkers Magazine and earned his Ph.D. from the University of California at Berkeley.

Get an autographed copy of “A Time for War” exclusively at the WND Superstore now while supplies last.

Savage’s new novel, “A Time for War” is a sequel to “Abuse of Power,” which spotlighted the threat of radical Islam.

His latest book continues the adventures of Jack Hatfield, a freelance TV producer who lost his top-rated opinion show because of a liberal media group that resembles Media Matters.