Michael Strahan to Join ‘Live! With Kelly’ as Permanent Co-Host 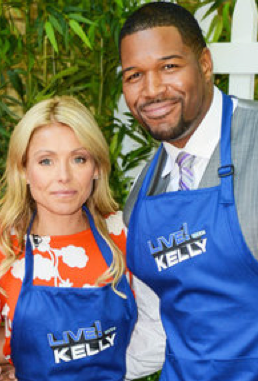 It won’t be official until the syndicated daytime talk show debuts its new season on September 4, but Broadcasting & Cable was the first to report Strahan has won the much-coveted gig vacated by longtime co-host Regis Philbin last fall. USA Today has since confirmed that Strahan is indeed the man.

The 40-year-old Strahan was a Pro Bowl defensive end for the New York Giants for 15 seasons before segueing smoothly into TV, co-hosting “Fox NFL Sunday” since his retirement. (He’ll reportedly stay onboard there, flying to Los Angeles each weekend to shoot his segments.) His ill-fated 2009 Fox sitcom “Brothers” only lasted a single season, but his new landing spot should be a bit more permanent: After all, the last guy stuck around for 28 years.

Strahan is one of a wide array of rotating co-hosts who’ve joined Ripa on the “Live!” set in the nine months since Regis departed. Anderson Cooper, “Bachelor” host Chris Harrison, former boy-bander Nick Lachey, and singer Josh Groban were all viewed as top contenders for the job, but Strahan’s infectious smile and easy-going demeanor helped him cinch the gig. “Live! With Kelly and Michael”… we could get used to that.

Michael Strahan to Join ‘Live! With Kelly’ as Permanent Co-Host