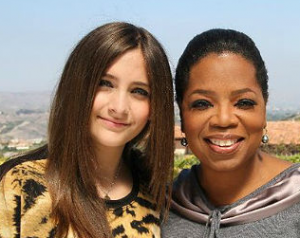 Paris Jackson talked about her late father in an interview with Oprah Winfrey airing Sunday.

It’s been nearly three years since the death of her father, and Paris says, it hasn’t gotten any easier for her.

“It never gets easier,” Paris says in a promotional spot aired by OWN, which also shows Winfrey asking if Michael Jackson wanted her to have “a quote ‘normal’ life.”

Paris and her brothers lived a sheltered life while Jackson was alive, but have been in the public eye ever since, appearing onstage at Grammy Awards and on other TV shows.

“Oprah’s Next Chapter,” which also will include an interview with 50 Cent, will air at 9 p.m. EDT Sunday on OWN.