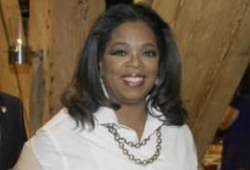 A day after E! announced it was planning a six-episode series about compulsive eating disorders for October, OWN: The Oprah Winfrey Network announced it’s adding “Inside Rehab” to its primetime lineup.

OWN said in a statement that its one-hour documentary series “gives viewers a rare look inside an eating disorder treatment facility where patients face their demons and struggle to come to terms with what’s behind the food. This is what happens after the intervention.”

In a statement, OWN chief creative officer Lisa Erspamer said, “’Inside Rehab’ viewers into the world of eating disorders in a raw and transformative way. Whether you have issues with food or know someone who does, this series offers perspective, hope and the possibility to see food-based issues in a new light.”

Over its eight episodes, “Inside Rehab” will follow one group of patients as they undergo an intensive 42-day recovery program.

Developed by Harpo Studios, INSIDE REHAB is produced by Tijuana Entertainment’s Troy Searer and John Foy, creators of the docu-series “Obsessed.”