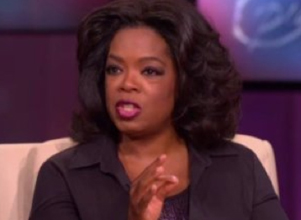 The final season of Oprah Winfrey’s syndicated talk show launched to softer numbers last week, though Queen of Talk continued to earn her title against rivals.

That’s not record low for Winfrey, it’s still higher than her premiere week in 2008.

Winfrey continued to top all talk-show competitors, while “Wheel of Fortune” was once again the leader overall.

CBS points out that Winfrey’s premiere week last year was higher because it contained three of the show’s top-rated episodes from all of last season.