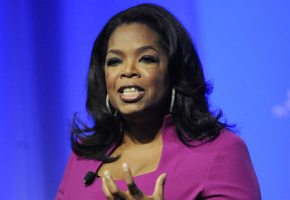 The American talk-show host had been traveling with both American and Indian bodyguards while visiting the Hindu pilgrimage town of Mathura, about 90 miles (145 kilometers) south of Delhi.

Press Trust of India said police detained three of the guards after local journalists said their video equipment had been damaged in a brawl. No one was reported hurt, and there was no indication that the American bodyguards were involved.

The three guards were released after apologizing in a letter to the journalists, PTI said.

It is Winfrey’s first trip to India, where she has been filming her new show “Oprah’s Next Chapter.”

Earlier this week, she delighted Mumbai locals by wearing a bright orange sari while meeting with Bollywood stars including Amitabh Bachchan, Shah Rukh Khan and Aishwarya Rai at a private party.

She also visited the Taj Mahal on Thursday, and she is due to attend the Jaipur Literature Festival that begins Friday.