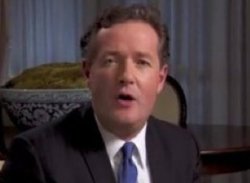 According to early Nielsen returns, 2.1 million people tuned in to watch the first episode of “Piers Morgan Tonight,” which featured an interview with Oprah. That’s just behind the 2.24 million who watched Larry King;s last show in December, and a 219 percent jump from King’s average ratings during the fourth quarter of 2010.