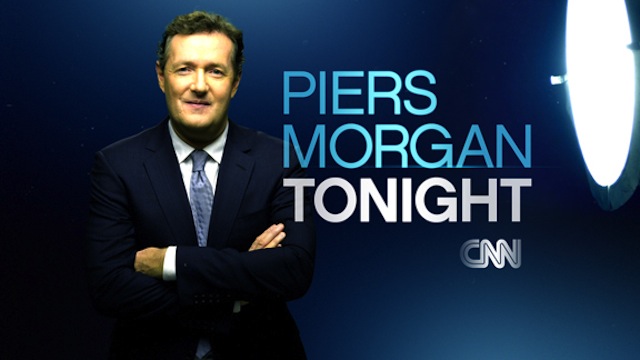 Last night, Piers Morgan spoke to transgender advocate Janet Mock and some of the words he used and chyrons the show used ended up earning Morgan quite the social media blowback, and Morgan took some serious umbrage at all the people tweeting at him about the segment. He brought on Mock tonight to confront her about the “hostile tweets” she and others sent his way.

Morgan repeatedly bemoaned how much he’s been attacked, saying he “spent an infuriating 24 hours,” he was “viciously abused,” cried “I’m being vilified!”, and asked why someone like him, who openly supports LGBT rights and equality, has gotten such “a load of abuse.”

Mock told Morgan she was too “scared” to rebut his references to her as having previously been a man, which she argued isn’t fair because gender is more about how a person identifies themselves as opposed to the genitalia they possess. Morgan argued there is nothing wrong with saying she was born a boy and continued to complain, “you threw me to the wolves a little bit.”