Piers Morgan May Deport Himself 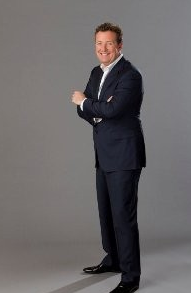 In a 2,500-word piece for the UK’s Daily Mail, CNN host Piers Morgan concludes that if the U.S. does not change its gun laws he would “seriously consider deporting myself.”

Morgan says his “campaign against America’s gun laws” began two years ago when Rep. Gabby Giffords was shot and six others murdered at a constituent event in Arizona. “It was a horrifying incident but, to my astonishment, nothing happened as a result. A week or so of debate and furrowed brows, and everyone went on with life.”

But Morgan thinks “America’s unique fondness for guns” began more than 200 years ago “cemented by hatred of us Brits and the War of Independence.”

Morgan’s screed is a response to the WhiteHoue.gov petition calling for his deportation over his views. That petition is nearing the 100,000 mark, four times the number needed for the White House to respond.

In conclusion, I can spare those Americans who want me deported a lot of effort by saying this: If you don’t change your gun laws to at least try to stop this relentless tidal wave of murderous carnage, then you don’t have to worry about deporting me.

Although I love the country as a second home and one that has treated me incredibly well, I would, as a concerned parent first – and latterly, of a one-year-old daughter who may attend an American elementary school like Sandy Hook in three years’ time – seriously consider deporting myself.

Piers Morgan May Deport Himself