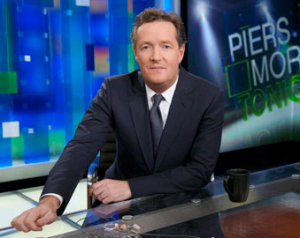 CNN’s “Piers Morgan Tonight” is following in the footsteps of its predecessor “Larry King Live,” and having guest-hosts for all of next week while Morgan is in London filming “Life Stories.”

Among those filling in for Morgan: Wolf Blitzer, Glee’s Jane Lynch, Ad exec and NBC regular Donny Deutsch, Rosie O’Donnell and Arsenio Hall. Blitzer will anchor a politically-focused show on Tuesday, with the other hosts covering a wide swath of topics, from entertainment to politics. Blitzer previously filled in for Morgan the evening that Steve Jobs passed away, though the show has never gone a full week with guest-hosts.

“Piers Morgan Tonight” has been tweaking its format recently, including a new segment called ‘Only in America,” where Morgan gives his take on the news of the day.

'Family Feud' Gets Fired Up