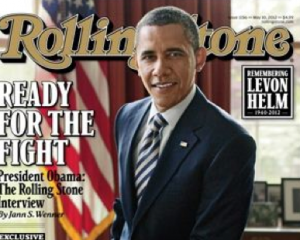 In an interview with “Rolling Stone,” Pres. Obama reiterates what he’s said in the past, about not watching a lot of news on TV. But he does like a comedic take on the news, a la Jon Stewart.

In an interview with Jann Wenner, Obama says, “I don’t watch a lot of TV news. I don’t watch cable at all. I like ‘The Daily Show,’ so sometimes if I’m home late at night, I’ll catch snippets of that.

I think Jon Stewart’s brilliant. It’s amazing to me the degree to which he’s able to cut through a bunch of the nonsense — for young people in particular, where I think he ends up having more credibility than a lot of more conventional news programs do.”