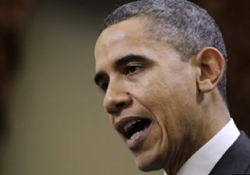 This wouldn’t mark the first time the president sat down with a Fox News interviewer, but it would be rare. The White House has sparred bitterly with the network over its coverage of the president, which has occasionally dipped into the conspiratorial.

The relationship hit a nadir when the White House launched an informal boycott of Fox News during 2009. Some bitterness has thawed since then, however, particularly when the administration tried to reach more conservative-leaning audiences during the height of the health-care debate.

That said, Obama’s decision to sit down with O’Reilly may be driven less by ratings than tradition. An aide said it is customary for the sitting president to sit down for an interview with the network hosting the Super Bowl.

Last year, Obama sat down with Katie Couric before CBS hosted the big game. During that interview, the president announced his intention to host a joint health-care summit with Republicans.