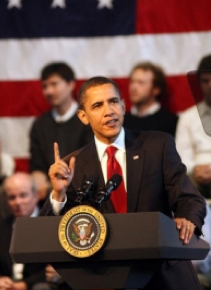 President Barack Obama’s next West Coast trip will include a stop at “The Tonight Show with Jay Leno” on Oct. 25, NBC has announced.

Obama, traveling to raise money for his re-election bid and to try to gain more support for his jobs bill, will make his fourth appearance on Leno’s show, and the second since he became president.