Robert Halderman, the man accused of trying to extort $2 million from David Letterman, pleaded guilty on Tuesday in State Supreme Court in Manhattan and will serve six months in jail.

As part of the plea agreement, Mr. Halderman will also serve four and a half years probation and must perform 1,000 hours of community service. 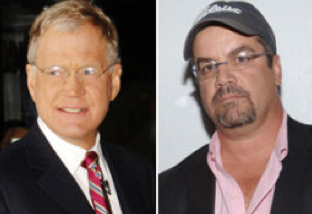 Mr. Halderman pleaded guilty to second-degree attempted grand larceny, which carried a maximum sentence of up to 15 years in prison.

Mr. Halderman, an Emmy award-winning television producer, was accused of trying to extort $2 million from Mr. Letterman by threatening that he would make information about Mr. Letterman’s affairs public.

Mr. Halderman’s lawyer, Gerald L. Shargel, had argued that his client intended only to write a book or a screenplay about Mr. Letterman’s affairs, but that before going forward with the project, Mr. Halderman simply was offering to sell Mr. Letterman the rights to the story for $2 million.

The plea deal is likely to close an ugly chapter for Mr. Letterman, the host of “The Late Show” on CBS, who made a dramatic public accounting of the extortion attempt on his show last October. The next day, Mr. Halderman was arrested.

Mr. Halderman has directed dozens of documentaries for CBS News. He was suspended with pay by CBS pending legal developments.