Rachel Maddow journeyed down to Occupy Wall Street in the early hours of Friday morning, just as the protesters in the Lower Manhattan encampment were preparing to face off with New York City police trying to eject them from the park they have been occupying for weeks.

Maddow said she saw a substantial police presence, and she tweeted and snapped pictures of large crowds preparing, in her words, to “defend” the encampment. Maddow is the latest media figure to travel to Occupy Wall Street — people ranging from Erin Burnett to Keith Olbermann to Ed Schultz to Tamron Hall have all reported from the site of the protests. 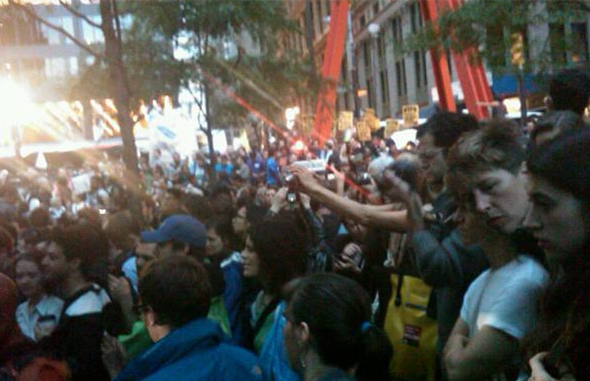