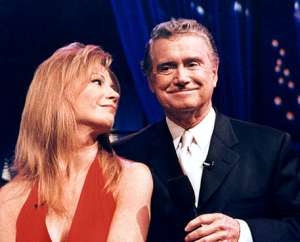 On Wednesday, for the first time in 12 years, Regis Philbin and Kathie Lee Gifford will be co-hosts once again, as Philbin fills in for Hoda Kotb during the fourth hour of NBC’s “Today.”

“He is in rare form,” Gifford said this morning. “We are just going to let him show up and let the sparks fly.”

“He is going to be out of control,” Kotb added.

Gifford and Philbin have made TV appearances together since they parted ways on their syndicated talk show, though they have not hosted together on TV since 2000.