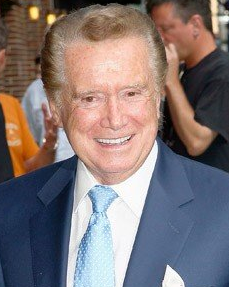 In an interview with ‘USA Today’ Philbin reveals that he’s been mulling over the idea of taking on his own reality show after he steps down from ‘Live!’ in November.

“There are several things that interest me,” he says. “You know these reality shows? I would love to do a real reality show where Regis goes out.”

Philbin says he’s going to take some time off before committing to anything, but he has already nixed appearing in his own sitcom. He wasn’t interested because “It’s so time-consuming.”

Oprah Forces Her Employees to Meditate

Kathie Lee is Encouraged by the Rise in Geriatric Sex