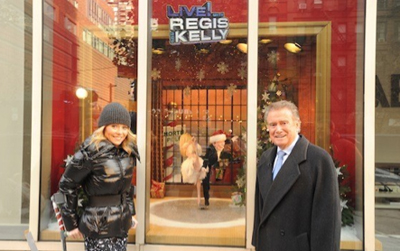 Regis Philbin quit his show after execs told his agent they would cut his salary when his current contract expired … sources tell TMZ. Sources connected with the show tell TMZ … Regis’ agent, Jim Griffin, was talking with execs from the ABC station group about a new contract for Regis when his current deal expired. We’re told the honchos made it clear … Regis would be getting a pay cut, partly because the show is not performing as well as in the past … and partly because he takes a lot of time off.

Sources say Reeg is currently pulling in between $18 and $20 million a year.

Regis, we’re told, was angry at the offer and that was the trigger for his announcement this week that he’s leaving the show.

TMZ first reported … Regis told Kelly Ripa about his decision 15 minutes before they went on the air. Initially we were told she was stunned but not angry. Now we’ve learned she was furious — partly because, as one source says, “She felt it showed a total lack of respect for her.”

We’re told the entire production team is angry at Regis because they feel he hurt the show by blindsiding everyone.