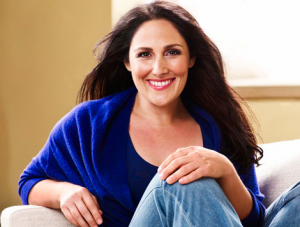 Beginning Thursday (7 p.m. EDT), “The Ricki Lake Show” will put a planning session live on Facebook once a month. The goal is to let people get a peek at the series’ development and weigh in on it, Lake and producer-distributor Twentieth Television said Tuesday.

Lake and the producers will ask for feedback on program elements including set design, website and music, said Stephen Brown, senior vice president with Twentieth Television.

The TV show itself will be a “conversation,” said Lake, adding that she won’t be “the know-it-all who’s got it all figured out,” but instead will look for answers to life’s challenges along with her audience.

The Internet outreach includes the launch of “Friends of Ricki,” a Facebook page aimed at connecting Lake and her production team with followers and experts on various topics, the studio said. A magazine app for Apple’s iPad also is planned, Brown said.

“The audience is playing games online, sharing stories, pictures and ideas online and talking on Twitter. If we don’t engage them and acknowledge they’re doing this, then shame on us,” Brown said.

Lake, who began hosting her first talk show, “Ricki Lake,” in 1993, said the environment now is far different because of social media. She learned the Internet’s reach when “Your Best Birth,” the 2009 book she co-wrote, received a huge boost from bloggers.

“There’s so much power and influence and feedback and information with these women,” said Lake, who’s an avid Twitter user.

She’s changed a lot, too, Lake said, and her new show, aimed at women ages 25 to 54, will reflect that. She’s a mother of two children who’s been divorced and is engaged to marry.

The talk show is intended to be “what I want to watch if I were home,” she said. She was “cast” into her previous show that played up conflicts, Lake said, but the new one reflects her and the “elevated, upgraded Ricki Lake.”

Lake upped her public profile last year by competing on “Dancing With the Stars” and coming in as a finalist.