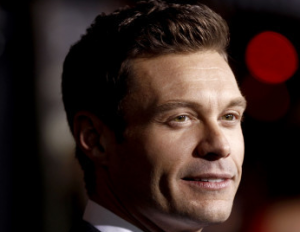 The latest round of rumblings began with the The Wall Street Journal, which reported that NBC executives, including Today executive producer Jim Bell, met with Seacrest earlier this week to discuss the possibility of him joining NBC’s hugely valuable morning show. Multiple sources confirm to The Hollywood Reporter that the meeting did take place, but described it as part of continued discussions with the multi-hyphenate American Idol host.

While the network and Seacrest’s reps declined to comment on the event or any discussions being had, the fact that such exploratory meetings are taking place come as no surprise given Seacrest’s status at the company. When profiled by The Hollywood Reporter in April, Seacrest was vocal about his excitement to play a bigger role at Today now that the show and its network has become a part of the expanded post Comcast-NBCUniversal merger family.

“I’m kind of going into this merger saying: ‘Hey, what do you got? What can we do? Yes. Let’s go,’ ” he told THR at the time. Lauer, for his part, has reportedly flirted with the idea of leaving Today when his contract is up in late 2012.

Making the chatter that much more intense is the fact that Seacrest’s rich contract with E!, where he is currently lead anchor and managing editor of E! News, is up in early 2012, and his rep confirms his negotiations with E! parent NBCUniversal are ongoing.

When asked about Seacrest’s role in the network’s future in an interview related to THR’s current Women in Entertainment issue cover story, NBCU cable entertainment chairman Bonnie Hammer said “Ryan is extremely talented and we look forward to working with him for years to come.”

Meantime, his news program is among the elements of the network that will be tweaked as part of Hammer’s rebrand. “The most important thing for E! to move forward is credibility,” said Hammer, who acknowledged the significance of being able to delve into smart news stories as well as break news on the program, something the celebrity-centric news hour does little of today.

Oprah Urges People to Watch Her OWN Channel