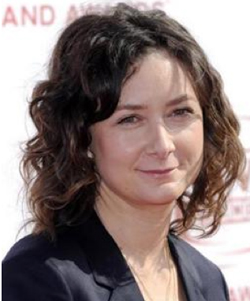 CBS has ordered a new daytime talk show for fall 2010 featuring a panel of well-known news and entertainment personalities who will examine topical events and contemporary issues through the eyes of mothers. The daily, one-hour series will be co-hosted by Julie Chen, Sara Gilbert, Sharon Osbourne, Holly Robinson Peete, Leah Remini and Marissa Jaret Winokur.

The co-hosts—moms with children ranging in age from infant to adult—will swap stories, challenge each other on issues and engage the studio audience and viewers at home about events in the headlines and their own homes through the lens of motherhood. Show segments will include guest interviews with entertainers and news-makers, live remotes from the field and personal home footage shot by the co-hosts themselves.

The show was developed by Gilbert, who also serves as executive producer.

“Daytime is an evolving daypart with more variety now among soap operas, game and talk shows,” said Barbara Bloom, Senior Vice President, Daytime, CBS Entertainment. “We were looking for a new format that would speak to the core audience but also have the topical and entertainment value to go even broader. This panel is not a bashful bunch; they are outspoken on any issue you put on the table. It promises to be an hour of television with timely discussions, unfiltered opinions and a lot of personality.”