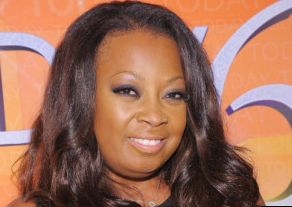 Apparently enough water has flowed under the bridge for Barbara Walters and Star Jones to reunite for a day.

“The View” announced on Wednesday that Jones will appear on the daytime talk show on Feb. 22 to promote an awareness campaign about heart disease among women.

Walters and Jones had a falling out in 2006 when Jones, one of the five original co-hosts of the daytime chat show, exited “The View.” ABC decided not to renew her contract and Jones took Walters by surprise by announcing on June 27 that she would be leaving the show.

That exit came more quickly than expected. Walters wouldn’t allow her back the next day.

Walters later said that Jones had compelled her co-hosts to lie for her by not revealing that Jones had undergone gastric bypass surgery while on “The View.” Jones took her own shots, criticizing Walters for writing an autobiography that revealed details of an affair.

The women later had something serious in common. Both underwent open heart surgery to repair faulty heart valves within two months of each other in 2010.

Jones is coming back to the show to discuss her involvement in the American Heart Association’s “Go Red for Women” public information campaign. Women are asked to wear red on Feb. 3 to support heart patients.