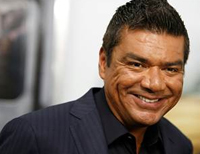 TBS is pulling the plug on its late night effort, Lopez Tonight.

According to a network spokesperson, Thursday night will be the final episode of the George Lopez vehicle.

The series, which premiered in November 2009, has struggled to garner broad viewership in an increasingly crowded late night landscape. He was bumped back an hour to a midnight slot to accommodate Conan O’Brien’s “Conan” late last year.

“TBS has reached the difficult decision not to order a third season of ‘Lopez Tonight,’ ” a spokesperson added. “We are proud to have partnered with George Lopez, who is an immensely talented comedian and entertainer. TBS has valued its partnership with George and appreciates all of his work on behalf of the network, both on and off the air.”

After a disastrous baton toss between O’Brien and his NBC predecessor — and successor — Jay Leno, O’Brien was adamant about Lopez remaining in the network fold when he arrived. But despite Turner’s well-publicized goal for O’Brien’s visibility to lift Lopez’ viewership, “Lopez Tonight” has seen its ratings fall across key demos. (O’Brien’s ratings, too, have fallen below expectations.)