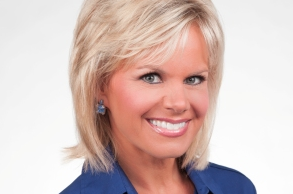 Fox News has confirmed that former “Fox & Friends” co-host Gretchen Carlson will be taking over the 2 PM hour on the network starting Monday. “The Real Story with Gretchen Carlson” will be preceded by an of “America’s News HQ,” co-anchored by Bill Hemmer and Alisyn Camerota.

Carlson’s new show “will focus on all current events from general news and crime to politics and investigative reports,” according to a statement from the channel.

“I am thrilled that Roger Ailes has given me the opportunity to host a signature show for Fox that will focus on the real stories of the day,” Carlson said in a statement. “From in-depth interviews to social media interaction live during the show, I look forward to joining viewers in the afternoon for smart and straight-forward talk. Plus, I now get to have breakfast with my kids and maybe even drive them to school! How great is that?”

Carlson’s new show is the latest chess piece being moved on FNC’s game board. Shepard Smith will be giving up his 7 PM show to make room for Greta Van Susteren, but will become the channel’s breaking news anchor. Meanwhile, Megyn Kelly is moving to 9 PM, while Sean Hannity is shifting to 10 PM. In the morning, Elisabeth Hasselbeck replaced Carlson on “Fox & Friends.”

With Camerota moving to weekdays, “Fox & Friends Weekend” will also be looking for a new co-host. We hear that Camerota’s last show will be this weekend, with Anna Kooiman filling in for now.