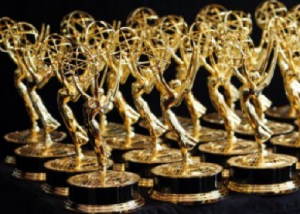 The National Academy of Television Arts & Sciences announced the nominees for the Daytime Emmy Awards on the fourth hour of NBC’s “Today” this morning.

As it happens, “Today” was nominated in the “Outstanding Morning Program” category along with ABC’s “Good Morning America.”

The awards will be presented June 23rd in Los Angeles at the Beverly Hilton. A broadcast partner has not yet been announced, but as we reported, HLN is the likely candidate.

Laura Ingraham Mocks Adults Who Go to ‘The Avengers’ Film