Transition Ahead for ‘The View,’ as Two Hosts Depart 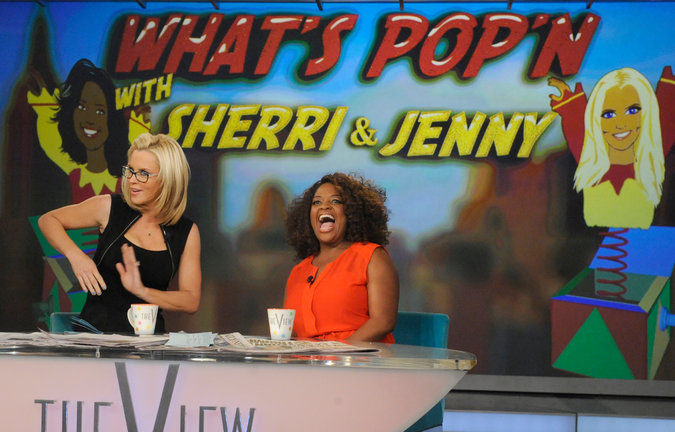 The latest cast changes at ABC’s daily talk show “The View” may signal a more sweeping transition, as two hosts will depart by the end of the summer, and the new participants may include the show’s first permanent male host.

Executives familiar with the changes said on Friday that the departures of Sherri Shepherd and Jenny McCarthy are part of a creative makeover planned in the wake of the retirement of the show’s creator and original star, Barbara Walters.

The news of their exits broke on Thursday night in the form of posts on Twitter by Ms. Shepherd and Ms. McCarthy. ABC confirmed it in an official statement saying, “ ‘The View’ will be moving in an exciting new direction next season, and ABC has made decisions to evolve the show creatively.”

Executives informed of the network’s strategy, who asked not to be identified because the plans are still unsettled, said that the motivations for the two departures differed. Ms. Shepherd, who has been on the show for seven years, was in the middle of negotiations to continue, but no deal could be worked out, the executives said. Ms. McCarthy was not being asked to return because the show wanted to make “creative changes.”

Ms. McCarthy’s participation had been an issue since the start of her tenure last September, mainly because of strong backlash against statements she had made before joining the show in which she linked autism in children to vaccines.

The departure of the two hosts prompted immediate speculation that more changes would follow, including that Bill Geddie, the show’s longtime executive producer — and its show runner — might also be leaving. On Friday, however, one executive briefed on the moves said, “There is no reason to believe Bill will not be back.”

“The View” remains a hit for ABC, though the show is averaging 3.12 million viewers this season, down 1 percent from last. Advertising spending on the show was $118 million in 2013, down only slightly from $122.8 million the year before, according to Kantar Media, which tracks ad revenue.

The departure of the two hosts means that only Whoopi Goldberg will be a holdover when the show starts its new season in mid-September. (Ms. Shepherd and Ms. McCarthy are expected to work on the show until it takes its annual hiatus in mid-August.)

ABC executives declined to comment on potential replacements as hosts. The most prominent person mentioned has been Rosie O’Donnell, who helped lift the show to ratings heights during her sometimes contentious year as host, which started in 2006.

But more intriguing is the possibility that the show will add a regular male co-host for the first time next season. That move is “under consideration,” one executive familiar with the show’s planning said. In recent months, a number of men have appeared on “The View,” in what looked like tryouts. Among them were the former “Tonight” show correspondent Ross Matthews, the conservative commentator Will Cain and the former Giants backup quarterback Jesse Palmer.

Transition Ahead for ‘The View,’ as Two Hosts Depart