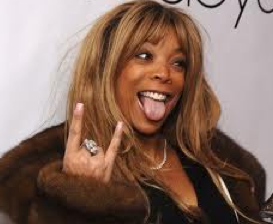 Charlie Sheen will hit up one of the handful of shows he missed in his springtime media barrage when he appears on “The Wendy Williams Show” next Monday, the same day his roast airs on Comedy Central.

The outspoken Williams and catchphrase-prone Sheen should have plenty to discuss, including the roast he taped over the weekend. Sheen said at the event that his roasters couldn’t hurt him, adding, “Even I can’t hurt me.”

“I am beyond excited and I can not wait to talk to Charlie,” said Williams. “He’s easily the hottest topic of the year and I’m thrilled that fans of ‘The Wendy Williams Show’ will be the first to see and hear everything that’s going on in his life, in his own words.”

Sheen’s appearances seem certain to steal some of the spotlight from his former show, “Two and a Half Men,” which returns Monday with Ashton Kutcher in his place.

Jillian Michaels: Women Are “Inviting Danger” by Dressing Like Sluts