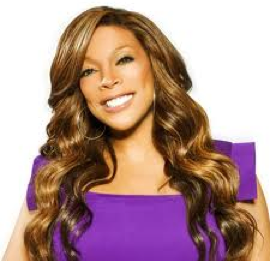 Wendy Williams isn’t too sure about Gayle King’s move to CBS. On her Wednesday show, the talk show host said she was sad to see King leave Oprah Winfrey’s network, asking whether the departure would mean trouble between the two best friends.

Williams’ comments came on the heels of CBS’ announcement that King and Charlie Rose will be anchoring “The Early Show,” which will be revamped with a hard news focus.

Williams dissed the network’s new approach, equating “no fluff” with “no fun to watch.” “You can’t talk about Lady Gaga’s meat dress or Justin Bieber’s baby?” she asked. “Everyday can’t be a hard news day.”

But Williams was more concerned about the state of King and Winfrey’s friendship. The bond between the two women is, of course, legendary. The new gig means that King will be leaving her shows on OWN and Oprah’s radio station.

“I’m sad that she’s leaving Oprah,” Williams bemoaned. She also criticized King for her burgeoning friendship with 50 Cent, who has dissed Winfrey before. She wondered, “Gayle, is it the beginning of the end with you and Oprah? Please say it ain’t so. You guys have been friends since you wore the same underwear during that snowstorm in Baltimore.”