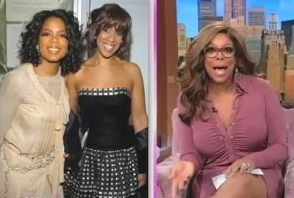 Wendy Williams hit back at Gayle King on Monday, insisting she had told the truth about a letter she received from Oprah’s staff.

Williams shared the letter, which she said was sent to her by a staffer and was signed “Love, Oprah,” with her audience last week. The letter was in response to comments Williams had made earlier, where she worried if King’s friendship with Oprah was on the wane. The letter was meant to put the issue to bed.

Unfortunately, it only made things worse — because King called the “Tom Joyner Morning Show” to say that Oprah had never sent any such letter.

On Monday, Williams spoke to Joyner to set the record straight. She said that the woman who sent her the letter was named Chelsea Hettrick, and that she had sent the letter twice.

“I have no reason to lie about this,” Williams said. She stressed that the “Love, Oprah” had been a joke, saying it was “the only thing I changed about the letter.” Williams added that she assumed Oprah knew the letter was going out. “You could not imagine that this woman just sent the letter out on her own accord,” she said.