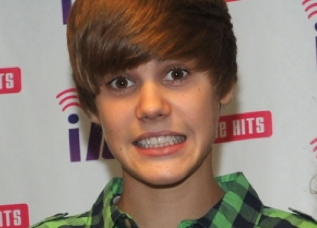 Could Maury Povich be telling Justin Bieber, “You are not the father” soon?

A spokesperson for “Maury” tells Huffington Post that the show has invited “Baby” belter Bieber onto the show, to take a paternity test. Bieber, 17, has been plagued by accusations leveled by 20-year-old fan Mariah Yeater, who claims that he fathered a child with her when he was 16.

Bieber, who has steadfastly denied Yeater’s claim, has indicated that he’s willing to take a paternity test to clear his, um, name. Whether he wishes to do so under the glare of nationally syndicated television is another matter, but former “Maury” executive producer Amy Rosenblum — who hatched the concept of airing DNA test results on the series — thinks that it could only boost the credibility of Bieber’s denials.

“This would be a huge TV event,” Rosenblum told HuffPost. “When I brought the DNA test to TV for the first time on ‘Maury,’ I had no idea it would still be as popular today as it was then. Maury is trusted by millions of viewers and if Maury told Justin ‘You are not the father,’ everyone would believe it.”

Given that, by Yeater’s own account, Bieber was 16 when they hooked up, perhaps a better venue would be a “To Catch a Predator” revival.

Bieber’s spokesperson did not immediately respond to TheWrap’s request for comment.