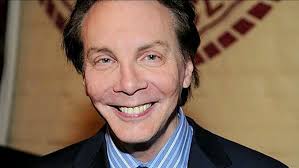 Alan Colmes, a top-rated television commentator who, as co-host with conservative Sean Hannity of “Hannity & Colmes,” became best known as the liberal in the “lion’s den” of Fox News, has died at a hospital in Manhattan. He was 66.

His wife, Jocelyn Elise Crowley, said that he died late Feb. 22 or early Feb. 23. The cause was lymphoma.

Mr. Colmes joined the fledging Fox News Channel in 1996 and hosted the political talk show with Hannity for 12 years. It became the channel’s longest-running prime time program before Mr. Colmes’s departure from the show in 2008.

Mr. Colmes gamely endured withering criticism from some liberals, who perceived a betrayal in his presence on Fox, which was founded by Roger Ailes and Rupert Murdoch as a counterbalance to what many conservatives saw as the left-wing bias in the news media.