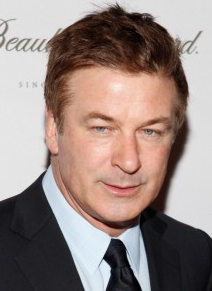 Alec Baldwin has taken to Twitter to slam media outlets — including NBC, which airs his show “30 Rock” — for “stalking” him at his New York City apartment.

According to the actor, the “Today“ show has been camped outside his building, presumably hoping to get a comment about alleged stalker Genevieve Sabourin’s affair claims.

The irony of that has not been lost on Baldwin.

“Outside my apt today, along side the other stalkers from the tabloid press, a crew that identified themselves as being with the ‘Today’ show,” he tweeted Tuesday morning.

He went on to add, “I haven’t appeared on the ‘Today’ show in many years. But did they have to camp outside my apt?”

‘The View’ Wonders “Why The Hell Is Newt Gingrich Still In The Race?”