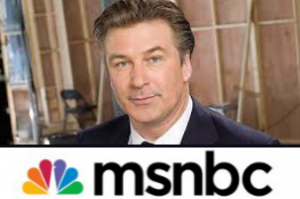 Mediaite has learned from a senior source in the cable news industry with knowledge of MSNBC’s programming that actor Alec Baldwin is getting his own weekly show in MSNBC’s primetime lineup.

According to our source, the so far untitled show will air Fridays at 10 p.m. ET and will feature a large dose of Baldwin’s outspoken liberal politics.

The gig would make sense, considering Baldwin’s long history with the NBC family. He starred on the network’s award-winning sitcom 30 Rock for seven years, has frequently hosted Saturday Night Live, and hosted the network’s American airing of 2007′s Live Earth concert. Most important, Baldwin’s fiercely liberal and often combative political views make sense for a network that has become the place for progressive viewpoints on cable.

The MSNBC 10 p.m. hour is currently occupied by Lawrence O’Donnell, but only Monday through Thursday. As such, this new Baldwin show will not replace any of the network’s primetime talk shows — just the Lockup prison documentary series that airs Friday evenings.

Our source insists its a done deal but there is no question MSNBC is not quite prepared for an announcement. Yet.

Viewers curious about Baldwin’s new role may do well to watch the video below from last year, when, according to The LA Times Baldwin helped O’Donnell out by reading his segment teasers. The Times article includes some interesting yet unintentional foreshadowing, suggesting all the way back in May 2012 that “Baldwin may find that anchor seat a little too comfortable.”

UPDATE: An MSNBC source responds: “We’re fans of Alec but we’ve got nothing to say regarding this unconfirmed report.”