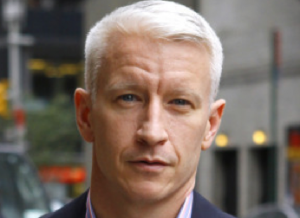 A teenager is in a coma after falling off his skateboard while video taping himself for an upcoming episode of Anderson Cooper’s new daytime talk show, “Anderson,” according to The Hollywood Reporter.

The teen was participating in an upcoming show based off a National Geographic article that investigates the teenage brain. ‘Anderson’ producers asked the teen to videotape his behavior prior to the show. Gawker was the first to report the news.

The producer from ‘Anderson’ allegedly told the teen to record “the crazy stuff you do,” which could have encouraged the young man to participate in and then record reckless behavior. On the morning the family was supposed to arrive in New York City, producers of ‘Anderson’ discovered the teen had suffered a head injury when he fell off his skateboard, leaving him in a coma.

Reps from ‘Anderson’ released a statement Saturday expressing concern and sympathy for the family. The statement also described that the teen was filming himself for an episode of ‘Anderson’ and as part of a routine process, producers asked the teen to provide photo and video footage. They did not supply the teen or his family with the video camera.

Anderson Cooper also released a statement on Saturday evening stating that he was “deeply saddened” to hear about the teen’s injury and “takes the situation” seriously.