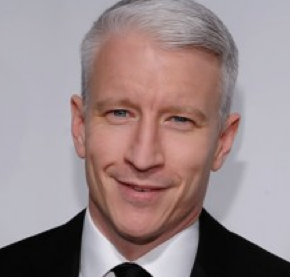 Not only is Anderson Cooper‘s daytime talk show going live next season, it is also going ‘Live.’ B&C’s ace syndication reporter Paige Albiniak reports that the show is getting a total overhaul, starting with the name which will now be “Anderson Live.” The end result: a show that sounds suspiciously like the former “Live! with Regis & Kelly,” for which Cooper was a regular fill-in.

For starters: in addition to its new studio at the CBS Broadcast Center, the show will have a rotating cast of co-hosts, and Warner Bros. says it is not against naming a permanent host, if someone clicks. The live studio audience will also remain.

“Our biggest overall goal for Anderson Live is to take the best elements of daytime and put them in a show that works in 2012. Being live plays to Anderson’s strengths, providing immediacy and topicality, which allows us to talk about what is going on in the world,” said Terence Noonan, the show’s executive producer. “Anderson Live is the show that makes you a little smarter, the one that you have fun watching, and at the end of each episode you can’t wait to tune in the next day to see what’s happening.”

For Cooper, it also means that he will be hosting at least two hours of live TV every day, and often more. He will continue to anchor CNN’s 8 PM program “AC360,” which often goes live with updates at 10 PM as well.