Barbara Walters is recovering from surgery to repair a faulty heart valve. 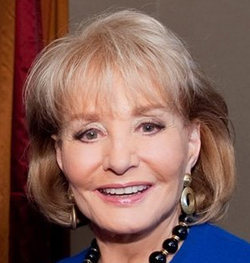 The television legend’s spokeswoman, Cindi Berger, said Friday that the surgery “went well and the doctors are very pleased with the outcome.”

Walters announced on “The View” on Monday that she needed the surgery this week to replace the aortic valve, which pumps blood from the heart to the rest of the body. The 80-year-old Walters said she will take the summer to recover from the open heart surgery and be back at work in September.

The veteran journalist, known for her interviews with newsmakers and entertainers, now largely sticks to “The View,” the daytime talk show that she developed in the 1990s.