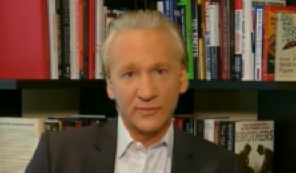 He pitched a show to Comedy Central executives that would remake political-debate programs like The McLaughlin Group with comedy and celebrities. He would do a monologue like Carson and feature assorted stars tackling current affairs. The very first guest during the first taping, in a studio on East 23rd Street in New York, was a Republican TV executive at NBC named Roger Ailes.

The article goes on to have Maher impersonating Larry King (“Let’s go grab a nosh with Larry King”) while his friend refers to MSNBC’s Martin Bashir as “Martin Balsam.”