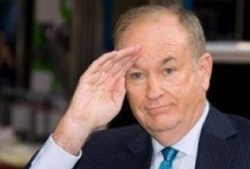 The author and host of Fox News’ “The O’Reilly Factor” has signed with New York-based Henry Holt and Co. to write a sequel to his best-selling memoir “A Bold Fresh Piece of Humanity.”

Holt announced Monday that “Bolder and Fresher: The Factor Years” will come out in the fall of 2012.

Holt president and publisher Stephen Rubin says O’Reilly’s fans will get “not only a behind-the- scenes look at their favorite TV show … but also a deeper insight into Bill as one of today’s leading thinkers about our political and cultural landscape.”

O’Reilly has already committed to a book for this fall, “Killing Lincoln: The Assassination that Changed America Forever,” also coming from Holt.

Joe Scarborough: GOP Asked Me To Run For Senate