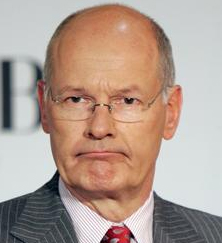 Harry Smith, 59, and Maggie Rodriguez, 40, along with weatherman Dave Price, will leave the program as of Jan. 3, though CBS says it expects all will remain with the network.

Smith, at the Early Show since 2002, will now become the primary substitute anchor for the evening news, Face the Nation and Sunday Morning while continuing as a reporter, while the network says it is in talks for “prominent and ongoing roles” for Rodriguez and Price.

For the week of Nov. 15, Early Show averaged 2.9 million viewers, little more than half the total for top-ranked Today. Julie Chen left the program earlier to work full time in Los Angeles on new daytime series The Talk and, in summer months, Big Brother.