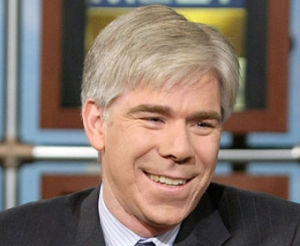 NBC’s David Gregory, the subject of a now-popular police investigation, is on vacation and will not host this Sunday’s edition of “Meet The Press.”

The Washington Metropolitan Police Department launched an investigation this week into whether Gregory and NBC violated city laws when he displayed what appeared to be a gun magazine on last week’s show. Today, the police issued a statement, saying NBC had been told before last Sunday’s show that it was “not permissible” to show a high-capacity gun magazine on air.

(See also on POLITICO: Cops told NBC not to use gun clips)

Gregory’s vacation was scheduled prior to last week’s show, according to NBC. He is scheduled to host the Jan. 5 edition of “Meet the Press.”

NBC News has declined to comment on the investigation.