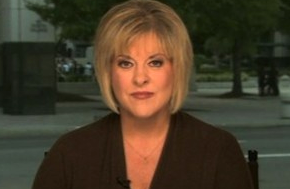 It is unclear whether those sources include TVNewser, as we reported two and a half weeks ago that Grace and other CNN personalities would be forgoing regular appearances on other network’s programming to appear on “New Day” and CNN shows (almost) exclusively.

The logic is simple: most networks try to keep their talent on their own channels. The exception is when the talent is out promoting a project–usually, though not exclusively, books–and that is the case here as well.